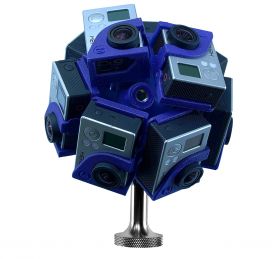 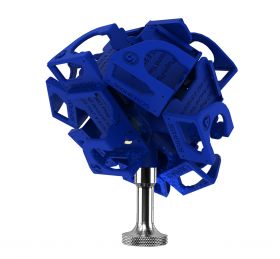 The Pro10HD presents itself as our highest resolution model and is ideal for creating content for planetarium domes, dome theaters and large-scale displays.

The close proximity of each camera in the Pro10HD configuration offers a high level of frame overlap for each camera’s FOV (field of view). This means objects and subject matter can be very close (3-4 feet) to the unit while filming in comparison to other models without creating distortion and parallax issues during the stitching process. All 10 cameras are oriented vertically using either 1080, 2.7K or 4K formats to create a tightly stitched HD full spherical image with NO nadir's on top and bottom. This image can be used in the most demanding display environments with stunning results. The close proximity of each camera also allows for objects to get very close to the camera head without distortion.